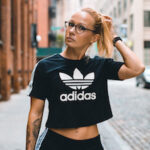 Running in New York City is one of the greatest things you can experience as a runner. It’s truly amazing and the running routes in New York are breathtaking, also challenging and give you some local flavor if you want to. From running in Central Park to crossing the Brooklyn Bridge New York has you covered.

Running in New York City: My favorite places to run

The West Side is all about gorgeous sunsets, beautiful running paths along the water, and a breathtaking view of the city (especially of the One World Trade Center). Technically you could start in the Bronx and make your way down to Battery Park which would be 9 miles total. This running route in New York City is pretty easy to access so let’s say you want to cut it short, just start around 14th Street and run towards Lower Manhattan.

If you’re a tourist visiting New York this is what you’re going to see: You’ll catch views of the Statue of Liberty, the High Line (also a cute place to run at), the Chelsea Piers, the USS Intrepid Museum, art installations along your way, the famous George Washington Bridge. I recommend to run early in the morning or early in the evening to avoid bike traffic and pedestrians. 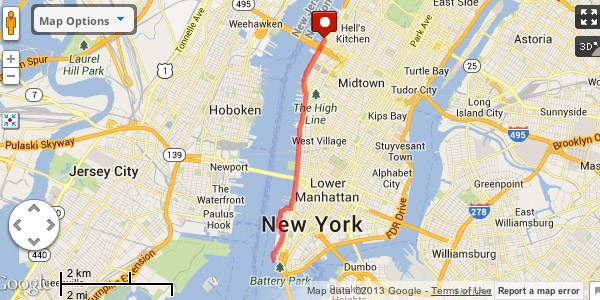 #2 Running along the East River

This area sure is more likely a local spot to run and a perfect course to get your long run in. If you can and want to you could run from the top of Central Park over the Robert F. Kennedy Bridge to Randall’s Island to Queens and back (16 miles total). Yes, this is a challenging running route in New York City, but it’s definitively so much fun.

16 miles is too long for you? Then cut it short and just skip Queens. Head over the 125th St. Bridge and run along the west side of Randall’s Island. Cut across the Ward’s Island Bridge and follow FDR to 110th Street for a five-miler. Running in New York City means views where ever you run. My second recommendation which is a great place to run at any time of the day offers amazing views of the Manhattan waterfront, the Hell’s Gate Bridge, Astoria and the Queensboro Bridge.

Running in New York City’s Central Park is one of my favorites. The 6 miles loop around the park is challenging because of it’s hills (ever heard of Harlem Hill?) and super motivating at the same time. Running in New York also means being surrounded by the best. Central Park always gives me exactly that: I’m running in the middle of New York City Marathoners, elite athletes, but also runners just like you and me. Besides the 6 miles loop, you can cut it down to only 5, 4 or fewer miles inside the park or enjoy a loop around The Reservoir.

Here is a map with all running routes in Central Park in New York. Whether you are a casual Sunday jogger and just here to experience running in New York City, or you are a serious road warrior with ultra marathons behind you, Central Park is the place to be. A runner’s paradise. I’m always here on Sunday mornings around 7 am which is a good time to run in Central Park any day. After 10 in the morning, it gets crowded with tourists, horses, weddings, tour guides, cabs – you really don’t want to deal with that, right? So come early and enjoy one of the most beautiful places to run in the city.

A hell of a run – but in a good way. Here you’ll get to see New York’s most iconic bridge and actually run on it if you’re not getting hit by a bike (more about that later). The area around Brooklyn Bridge Park, Dumbo, and the Piers along the river are a beautiful place to run. Of course, it gets crowded especially on Brooklyn Bridge, but if you come early during sunrise this will be a run you won’t forget – I promise.

Just crossing the bridge makes approximately 3 miles total. But watch the bikes – there are two separate lanes for runners and cyclists. They don’t play, so don’t run on their territory. Running in Brooklyn Bridge Park and the Dumbo area might vary depending on how far you’ll go. A decent run under an hour might be realistic here. What you’ll get to see? Views of Lower Manhattan, Brooklyn Bridge, the Manhattan Bridge, and the Statue of Liberty.

Home of the New York Mets, but famous for runners also. Every summer I’m running my 10K race here and it’s definitively worth the drive out there. The 4 miles running course through the park brings you along the iconic Unisphere, the Queens Museum, and the meadow lake. If you want to see something new, you’ll have to try out this place to run.

Running in New York is also so much fun because the places you can go to are so different. From touristy areas like Central Park all the way to here in Queens where you’ll barely spot a tourist running. 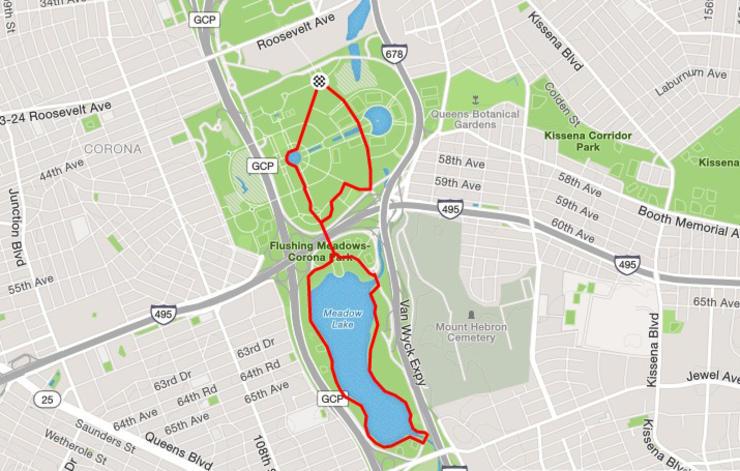 These are my top 5 iconic places to run in New York City. If you are in the city and you are looking for a coach to run with – I’m here! Can’t wait to run the streets of New York with you. Running in New York City is amazing, so let’s do it together next time?